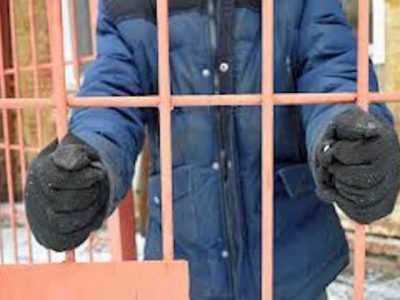 Last Tuesday, the Victorian state government announced that it will be making workplace manslaughter a criminal offence under the Occupational Health and Safety Act 2004.

Under this new offence, any employer that negligently causes a workplace death can be fined up to $16.5 million, while individuals – including self-employed people and company officers – can face up to 20 years in prison. Interestingly, the new offence captures negligent workplace conduct that contributes significantly to a person sustaining an injury or contracting an illness (including a mental illness) that later causes the person’s death.

It also captures conduct that occurs outside Victoria but results in a workplace fatality in Victoria.
The Andrews Labor Government said the laws deliver on an election promise and will fall under the Occupational Health and Safety Act 2004 (OHS Act).

Victorian Minister for Workplace Safety Jill Hennessy said that the state government “is delivering on its election promise to make workplace manslaughter a criminal offence because no person should die at work”.

“All workers deserve a safe workplace and the proposed laws send a clear message to employers that putting people’s lives at risk in the workplace will not be tolerated,” Ms Hennessy said.

“I cannot begin to imagine the pain felt by the families who have lost a loved one at work.”

This announcement comes in the wake of the Queensland state government commencing its first prosecution under industrial manslaughter laws it introduced two years ago.

Queensland’s first industrial manslaughter prosecution is underway after a car wrecking company allegedly caused a worker’s death in May 2019.

Brisbane Auto Recycling was charged with industrial manslaughter after it allegedly caused the death of its worker, who was struck by a reversing forklift at a Rocklea wrecking yard, by failing to effectively separate pedestrians from mobile plant or supervise workers, including mobile plant operators, according to Queensland Work Health and Safety Prosecutor Aaron Guilfoyle. Company directors Asadullah Hussaini and Mohammad Ali Jan Karimi have also been charged for engaging in reckless conduct that resulted in a worker’s death.

“The charges against Hussaini and Karimi relate to their failure as directors to ensure that the business had those systems in place”, said Guilfoyle, in reference to the separation of pedestrians from mobile plant and supervision of workers. The charges follow investigations by Workplace Health and Safety Queensland and the Queensland Police and could see the directors face up to 20 years’ imprisonment while the business could be fined up to $10 million if they are found guilty, Queensland Industrial Relations Minister Grace Grace said.

When the Industrial Manslaughter laws were introduced, the Honourable Minister for Employment and Industrial Relations, Grace Grace, said, “These laws are about saving lives and ensuring all Queenslanders return home to their loved ones after a day’s work,” Grace continued. “They are the first of their kind to be introduced by a state jurisdiction and the new laws would leave negligent employers culpable in workplace deaths nowhere to hide.

Whether the new laws will be as effective as claimed by the government is now to be tested.

If the industrial manslaughter charge is contested by the company, the WHS Prosecutor will have to produce evidence to prove:

At this stage there is no statement issued by the defendants, so we don’t know whether the charges will be contested, nor what their defence will be. However, all three defendants are represented by one of Queensland’s leading experts in work health and safety, suggesting it might not be easy for the Queensland WHS Prosecutor to secure convictions. If the charges are contested, it may take many months, and maybe years, for the case to be finalised.

Now is the time to review your business systems and processes. When was the last WHS Audit conducted in your business? Are there documented systems in place, with policies and procedures for all aspects of the business?

If you are not confident that your business could demonstrate adherence to work health and safety best practice, it’s time to conduct a review.

The charges are expected to be mentioned in Holland Park Magistrates Court on 1 November 2019.