By: health and safety bulletin 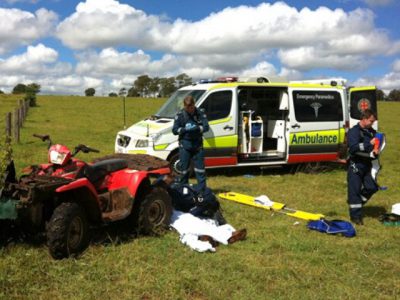 The long-running debate over the safety of quad bikes in Australia may be set to end with the ABC News reporting this month that the Federal Government may be introducing laws requiring mandatory rollover protection for all new quad bikes.

Quad bikes have been a focus for safety regulators for many years. For example, in Victoria the regulator has dedicated significant resources in educating quad bike users of the risks involved and has supplied materials for use on its website

The proposed laws are likely only to apply to new quad bikes, which means that vigilance by employers will still be required if older bikes are going to be used. Having said that, there is likely to be scrutiny over the decision by employers who do not purchase new, compliant bikes, or who do not opt to retrofit rollover bars.

Some jurisdictions like New South Wales, Victoria and Tasmania offer rebates to have the devices retrofitted.

The ABC has also reported that manufacturers such as Yamaha and Honda who do not sell quad bikes fitted with crush protection have threatened to pull out of the Australian market in response to any new laws.

If your organisation uses quad bikes, then the safety regulators recommend you assess the fitness for purpose of the bike, rider competency and the environment in which they will be used. In some cases, there may be a different and safer vehicle that can be used instead.

Use of any vehicle presents serious health and safety risks

Have you met your legal obligations to minimise these?