Can you buy your way out of WHS liability? 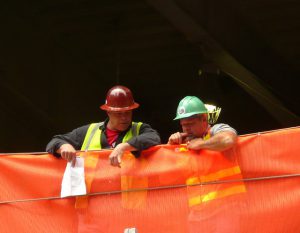 The debate about whether businesses and individuals should be able to insure against or be indemnified for WHS penalties will increase following the recommendation in the recent WHS Review to outlaw such insurance.

The debate is even more critical with company officers increasingly facing harsher penalties for breaches of their obligations across a broad range of areas, including work health & safety.

In many cases, directors and officer’s liability insurance will only offer limited protection as it does not generally extend to criminal penalties such as under safety legislation.

More recently, insurers have been offering policies that purport to extend the indemnity for officers against criminal penalties, but this may soon be unlawful, as is the case in New Zealand.

Background to the indemnity issue
The legitimacy of insurance policies for WHS liabilities was openly questioned by the courts in a decision handed down by the Magistrates’ Court of South Australia in the case of Hillman v Ferro Con (SA) Pty Limited (in liquidation) and Anor (2013).

In that matter, the Court considered a guilty plea by Ferro Con and its director Mr Maione in relation to a prosecution arising from an incident in which a rigger was killed by a falling beam after a defective fabric sling holding the beam snapped.

In sentencing the offenders who entered guilty pleas, it came to the Court’s attention that Mr Maione was calling on the general insurance policy that Ferro Con had in place, which included indemnification of its directors for fines imposed for criminal conduct, other than in respect of an excess of $10,000.

In imposing a penalty on both Ferro Con and Mr Maione in the amount of $200,000 each, the Court was scathing of the use of insurance coverage because:
a. It undermined the Court’s sentencing powers by negating the principles of both specific and general deterrence;
b. It sent a message to employers and officers that there was little to fear from the consequences of offending safety laws with insurance coverage for criminal penalties; and
c. It was so contrary to a genuine acceptance of the legal consequences of criminal offending that it dramatically outweighed the benefits to the justice system of an early guilty plea or a statement of remorse.

Although no legislative action was taken in South Australia to address the issues raised by the Court at that time, with the increased focus on industrial manslaughter laws and a heightened sense that officers should be personally liable for any fines, the Court’s position is likely to be vindicated if the recommendations of the Review are implemented.

Where to from here?
Until the law changes, officers and businesses can still obtain insurance coverage for legal costs involved in the investigation of and defence of any prosecution relating to a work health & safety incident.

However, if a business is to take out insurance covering a WHS penalty, it is likely to be viewed by a court as a reason for a higher penalty to be applied, if that fact becomes known.